The purpose of Burrumbuttock Squirrel Glider Local Area Management Plan (LAMP) is to secure viable populations of squirrel gliders in the Murray catchment through community action. A LAMP is essentially a map that shows what on-ground work needs to be done in the area to ensure the viability of the local squirrel glider population.

The LAMP process uses the local community to help steer the planning and implementation of threatened species conservation. The local community is involved throughout the process and they help determine the extent of on-ground works that can be implemented to support local populations of threatened species. Ultimately, the process devolves responsibility for implementing and managing the LAMP to the community.

Squirrel Gliders (Petaurus norfolcensis) are a mid-sized possum reliant on tree hollows for shelter and nesting. Habitat fragmentation has contributed to their decline in the Murray region and subsequent listing as a threatened species.

Large ​gaps between trees and patches of vegetation affect the movement of gliders across the landscape, interrupting their breeding and feeding activities.

This project will focus on:

The project’s key achievements so far, include:

Have you seen a squirrel glider?

As part of the planning process for the project we are keen to collate information from landholders about squirrel glider sightings regardless of whether it was a recent sighting or from a number of years ago.

Squirrel gliders often live on private land, so the assistance of landholders is very important to help us to understand their distribution.

Complete a squirrel glider survey. The form can be submitted directly to Lou Bull or you can print it out and post the completed form to Petaurus. The data collected from this form helps guide the planning of targeted on-ground works. 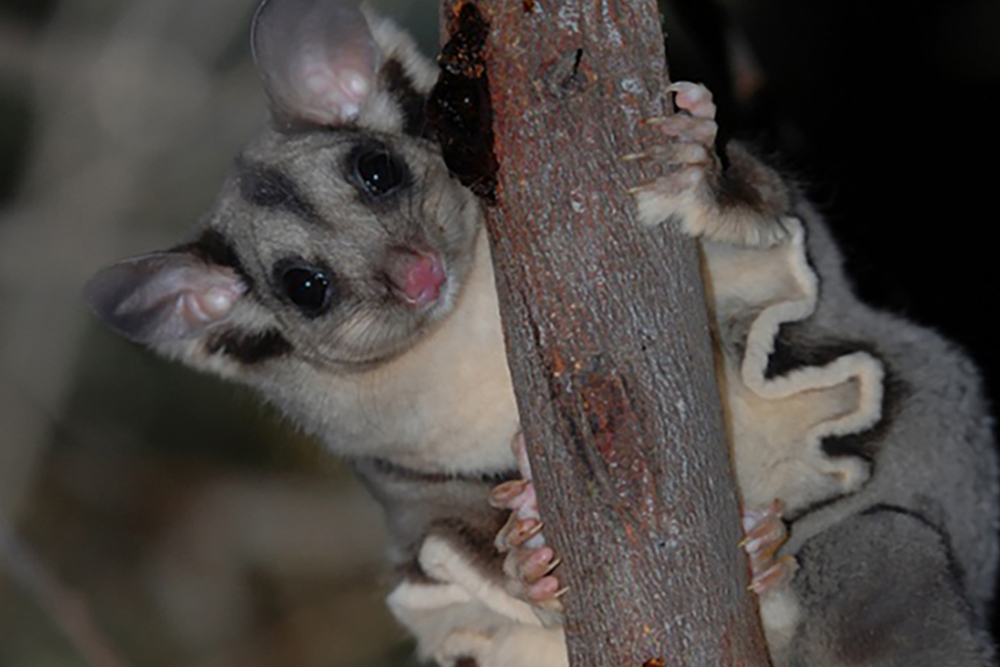 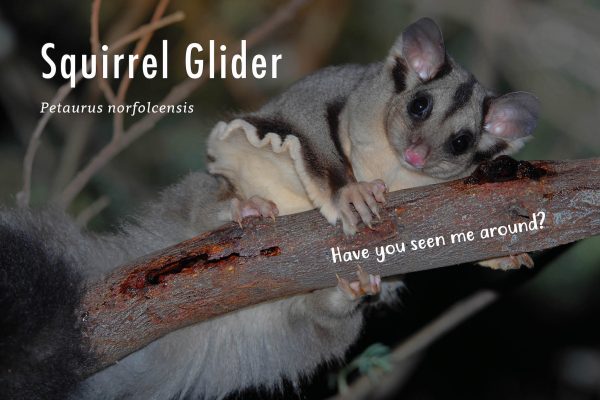 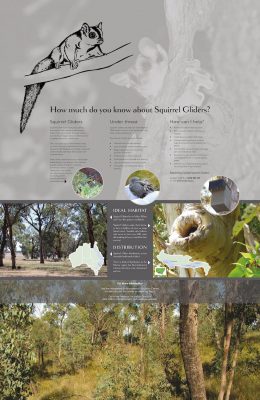 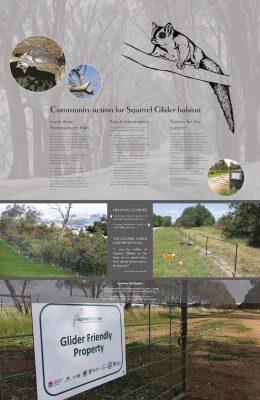 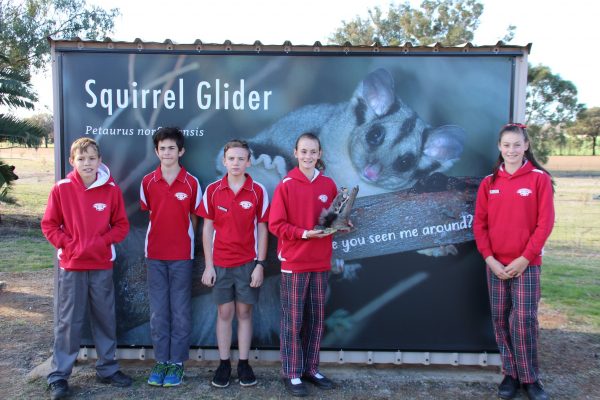 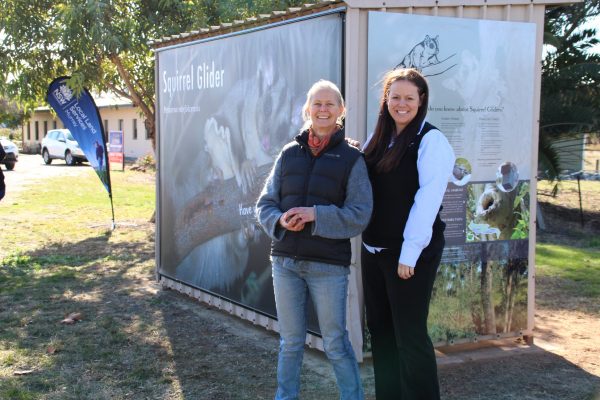 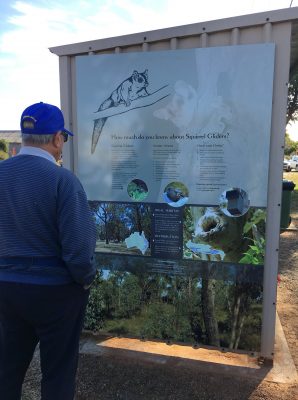 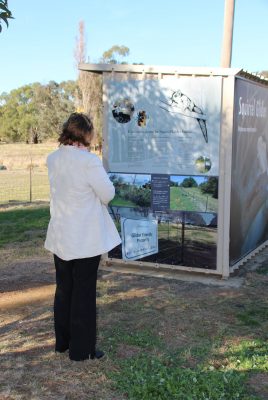 Facts about Squirrel Gliders, their threats and where to find them in the greater Burrumbuttock region.

An overview of the project and among other things outlines the steps involved, the progress so far and where to next for this threatened species.

Facts about Squirrel Gliders, their threats and where to find them in the greater Burrumbuttock region.

Gliding to a better future

An interactive multi-touch book on the ecology and management of Squirrel Gliders. Available for iPads.

Download our book: Burrumbuttock landholders continue their commitment to a landscape with Squirrel Gliders

We have a range of educational activities and student created books available for schools.

The story of a new born Squirrel Glider’s journey to maturity.

This short film clip talks about the importance of tree hollows in our landscape. There are multiple animals that rely on tree hollows which includes our Squirrel Gliders. Learn more about why hollows are important and how we can ensure they remain part of our natural landscape. This film clip was produced by Petuarus Education group with funding from Riverina Local Land Services, Murray Local Land Services and Murrumbidgee Landcare Inc.

This short film clip follows the process of rescuing a Squirrel Glider, which was found caught on a barbed-wire fence, and through to its release back into the bush. We would like to thank Hazel Cook from WIRES and Dr Nadine Miller from the Family Vet Centre in Albury for caring for our injured wildlife.